Pastor Joseph Jueng was recently appointed to Pennington UMC in July 2020. Prior to coming to PUMC, he served as the Associate Pastor at the United Methodist Church in New Brunswick and Greenhouse Church, a church plant of Calvary Korean United Methodist Church. He also serves as the Director of Campus Ministry at Rutgers University. Pastor Joe received his Master of Divinity degree at Wesley Theological Seminary in 2019. Prior to discerning a call to ministry, he was an attorney licensed to practice in Illinois. In January of this year, he and his wife Sam welcomed their first child, Astrid Rose into the world. She joins Tagu, their 15 year-old black Pomeranian. 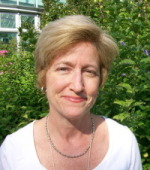 Cynthia Westbrook, Director of Music has served at PUMC since 2013, is an accomplished choral director, music educator and organist. Ms. Westbrook earned her master's degree in dual programs of choral conducting and music education from Westminster Choir College in Princeton, NJ. In addition, she completed a two-year program at the General Theological Seminary of the Episcopal, with a Certificate in Spiritual Direction. As a music teacher and choral director in the West Windor-Plainsboror School District, she has helped to develop a successful choral music program for both middle and upper elementary school level.

Deacon Stephen Faller has served at PUMC since 2002. He earned his BA from Davidson College, his Master of Divinity degree from Duke University, and his Master of Theology degree from Princeton Theological Seminary. He is a board-certified chaplain and CPE Supervisor at Capital Health in Hopewell, New Jersey, since 2000, and author of Revolutions and Revelations: The Matrix and Reality TV, both by Chalice Press.